Sorting Out is available now! 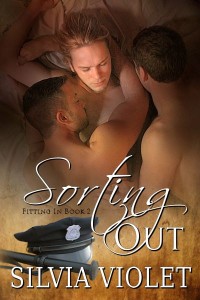 Sorting Out, the sequel to Fitting In is now available at Amazon, ARe, BN, and Smashwords. Here’s an excerpt from Chapter One….