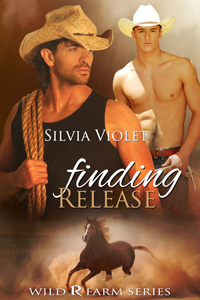 Coleman Wilder is a half-breed werewolf. Some days the tension between his human side and his werewolf instincts threaten to tear him apart. But the challenge of running a horse farm as a gay man in a conservative Tennessee town keeps him focused until he meets horse shifter, Jonah Marks.

Jonah’s family insists that shifting is sinful, but Jonah longs to let his stallion run free. Desperate to escape his family’s judgment, he asks Cole, his secret crush, for a job. Cole turns him down, scared his desire for Jonah will make him lose control. When Jonah’s brother threatens his life, Cole struggles to save him and give them both a second chance at the life they’ve always wanted. 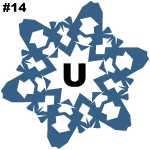 “That should be the last of it.” Jonah tossed the final sack of feed on the back of Cole’s truck parked outside his family’s feed store. “You need anything else?”

Jonah looked at Cole with his big brown eyes as if he needed something. Cole caught his scent, and his wolf stirred to life. He smelled like horse and sweat with an underlying citrusy scent, young and clean. Prey. Cole’s cock wanted to fulfill all Jonah’s needs, but Cole wasn’t stupid enough to even flirt with an eighteen-year-old high school senior whose stepfather had been the most vocally anti-gay preacher in town. The only reason the Marks family deigned to sell him grain was because in these hard times they needed his money.

Cole tried to ignore the fantasies playing out in his mind. “Nope. We’re good.”

Jonah looked down at his dusty boots. “You got a minute?”

Cole took a deep breath. He glanced around. They couldn’t talk here, not openly. Jonah needed a friend, and Cole had once been young and different and scared. “Sure. You wanna get a cup of coffee?” He tilted his head toward the diner down the street.

“All right. Mind if I leave the truck here?” Cole asked.

“Nah, we’re not expecting another big delivery until this afternoon.”

They walked to the diner in awkward silence.

Cole couldn’t let himself think about how gorgeous Jonah looked, staring at him with those puppy dog eyes. Jonah was off limits for too many reasons to count.

They got a booth by the front windows, and Cole ordered coffee for them. Once the waitress brought the steaming mugs, Cole let himself look at Jonah. His red-brown hair was rumpled from finger combing. A combination of sunburn and embarrassment tinted his cheeks. His denim jacket hugged his broad shoulders and… No! Cole wasn’t going to let his perusal go any lower, not even in his imagination. His wolf growled deep inside, his werewolf nature recognizing the equine inside Jonah, the shifter side his family forced him to deny.

He concentrated on Jonah’s strong, pale hands as they wrapped around the coffee cup, holding it tight for warmth and stability. Cole wanted to reach out and take Jonah’s hands in his own, but that would be bad for both of them.

Cole realized he’d made a mistake. He should have told Jonah he was in a hurry to get back to the farm, or something that would’ve kept him from sitting here alone with a very young horse
shifter who was having an indescribable effect on him.

Well, being addressed as ‘Mister’ certainly burst the lurid fantasy in his mind. He was only thirty, but now he felt ancient. “You know you can call me Cole.”

Jonah’s cheeks got even redder. “I know… it’s just… I was wondering if you’d consider hiring me. I know I don’t have experience working in a barn, but, I… well… I’m kind of a natural with horses.” He grinned as he said this.

His cutely upturned mouth made him look even younger, and Cole cursed his inappropriate thoughts. The boy needed his help, not his perving.

Jonah’s home life had to be hell. His father had left them when he was little, and his mother and elder brother were both self-righteous Bible-thumpers. From what he could tell, Jonah couldn’t do a damn thing right in their eyes, but Jonah working at Wild R Farm would be a disaster. Cole could smell Jonah’s desire for him. Sooner or later, he’d give into his own desire and exploit that. Jonah deserved freedom and a man who had more self-control.

Cole’s wolf growled, the sound almost escaping Cole’s mouth. If he put his hands on Jonah, he feared his wolfish instincts would take over. Jonah smelled like prey, like something to be consumed, possessed. Cole shuddered. No. He could never let those desires loose. “Jonah, I—”

“Please…” He dropped his voice to a whisper. “My family… I can’t live with them anymore.”

“Your mother’s not going to let you work for me.”

Jonah looked directly into Cole’s eyes as if willing him to understand. “Yeah, but I can’t take it anymore.”

“You’ll graduate in four months. Then you can get out of here, go to college.”

He shook his head. “I won’t last that long.”

He wouldn’t last long on Cole’s farm either, if Cole snapped and let his werewolf side take control. “Why ask me?” Cole thought he knew, but he wanted confirmation.

Jonah glanced around the restaurant. Only a few tables were occupied, and no one sat nearby. In a voice so low even Cole’s sensitive ears could barely hear, he said “Cole, I’m… different, like you. If my brother finds out…”

If Nathan found out, he’d kick Jonah out, maybe beat him. Cole wished Jonah didn’t stir him up so much. “I’m sorry. I’ve got all the hands I need right now.”

The eager light went out of Jonah’s eyes. He sloshed coffee on the table in his haste to get out of the booth. “OK, I understand. I’m sorry.”

Cole grabbed Jonah’s arm before he could run. Heat snapped between them, nearly making Cole let go. “I’m sorry for what you’re going through.”

Jonah shook his head. “Not sorry enough.” He pulled free and left.

Jonah’s condemnation hit Cole like a punch to the gut. Cole leaned back and closed his eyes, willing the thick, bitter coffee to stay down.