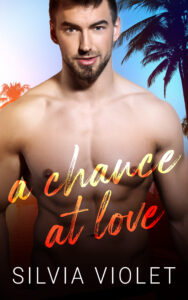 Chance is gorgeous. Younger. Confident. Seductive enough I almost joined the mile-high club the day we met, but I resisted… then.

When we meet again, though, all bets are off. I find myself surrendering to the gorgeous grad student with his intelligence and thirst for life, the guy who calls me Dare and makes me feel like I can do anything.

Despite the differences in our ages and the extra zeroes at the end of my bank balance, despite our agreement to keep our relationship a secret, I can’t deny our connection…and I can’t help falling for him.

But I want more than just clandestine meetings, I want it all. Chance fought to have me, but now I’ll fight to keep him, to convince him he has a place in my world...and to show him I’d risk everything for a chance at love.