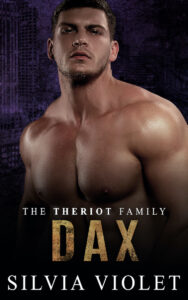 Travis is my friend's little brother.

I'm supposed to keep him safe. To be a man he can trust. But I haven't seen him in years.

When he turns up hurt and needing a place to stay, protection is only one of the things I want to offer him.

Because Travis isn’t a kid anymore. He’s all grown up now. And the way he looks at me tells me he feels the heat rising between us.

He deserves a lot better than me — a man who can walk with him in the light, instead of pulling him down into the darkness. But every instinct in my body is screaming at me to hold him close…

And there’s no way I’m letting him go.

I walked into the adjoining room and realized that was a mistake. We were in my bedroom, the last place we needed to be when all I could think about was how Travis would respond to me picking him up, carrying him to the bed, and using my body to soothe him. What was wrong with me? This was Travis, Beau’s little brother.

You’ve always had a soft spot for the wounded ones.

And that had always ended in disaster. Having Beau beat the shit out of me was about the best outcome of me seducing Travis.

But I knew the moment Travis looked from the big bed that barely fit across the small-by-modern-standards bedroom that it wouldn’t take much to persuade him into it. His eyes were huge, and he was worrying his bottom lip so hard I thought he might make it bleed.