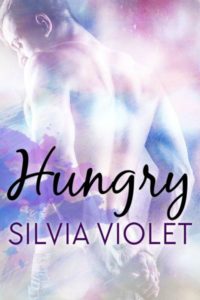 Elliot offers to cook for Max, and when he puts Max to work assisting in the kitchen, things heat up fast. Both men begin to wonder if they've found exactly what they've been looking for?

Note: Max is a minor character in the Love and Care series. This story takes place after the events in After the Weekend (Book 2) but contains no spoilers. It is not necessary to read Love and Care to read this story.

I leaned against the stone wall that surrounded the patio of Dapper Drafts, a quirky beer and wine shop near my apartment. Around me, people were drinking and eating at metal tables or one of the benches by the fire pit. It had finally gotten chilly enough to light it now that we were headed into fall.

A dozen or so people also stood in line in front of that evening’s food truck, Lotus on Wheels. I should have been one of them, but I was hanging back, too much of a coward to go place my order. I had a thing for one of the owners. It was hard to talk to him without stumbling over my words, considering he’d featured heavily in my recent jerk-off fantasies.

I didn’t know his name, only that he was hot as fuck, flirtatious, and in my mind, at least, he was a Dom who wanted exactly what I had to give.

I hadn’t expected to see my crush tonight. There was usually a Jamaican food truck at Dapper Drafts on Fridays. If I’d known he would be here, I wouldn’t have come. Of course he might not even recognize me in jeans and a sweater. He had hundreds, maybe thousands, of customers a week. Why would he know me? I doubted he was much over twenty-five, so I had to be close to fifteen years older than him. There was little chance he was going home and stroking his cock while thinking about an old guy who loved vintage suits.

I drew in a breath as the object of my fantasies looked up and smiled.

Instead of appearing annoyed, though, he let his gaze linger over me. I imagined I saw heat there, but he was probably just trying to place me in casual clothes. When his eyes met mine again, he tilted his head toward the line as if challenging me to come place an order. No, that couldn’t be right. He wasn’t playing a game with me. He was just encouraging business, like when he flirted with me. It was all part of his entrepreneurial charm. He excelled at making people feel good about themselves so they wanted to come back and eat his food and watch his muscular arms and strong, capable hands as he took down their order. Okay, maybe most people just wanted the food. Although that was hard to imagine. He was undeniably hot.