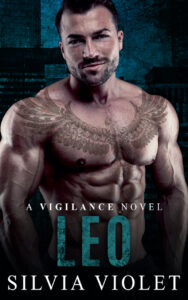 I used to be CIA. Now I'm a tattoo artist and a vigilante.

When a new hire at my shop gets too curious about my less-than-legal activities, he needs all the protection I can give him.

He wants a lot more. More than I should be willing to give. And yet, the longer I keep him close for his own safety... the more I want him in my bed.

I held myself still, muscles tense. Ezra began making his way toward the door. I should let him go. In fact, I should tell him to keep on walking right out the front door and across the street to the cafe.

I wasn’t going to do that, though. He’d done well here, and he deserved to be somewhere his skills were needed. Despite what I’d told him, he would be safer with Cathy. No one in Swain’s entourage would pay any attention to him if he weren’t here with me. Had he been here long enough to already be a target?

If he had, I would make sure Swain never touched him.

I was across the room in two strides. I took hold of Ezra’s arm once again. “Don’t go.”

He turned to face me, lips parted. I wanted to bite them, to suck on his lower lip until it was red and swollen. I wanted—

When his tongue snaked out and moistened the lip I’d been staring at, something in me broke. The tension of the morning, the long hard fight I knew I had ahead of me, the way I’d been holding back all became too much. The barriers I’d put up crumbled. I seized Ezra’s shoulders, pulled him to me, and took possession of his mouth.