Seduction of the Captain (m/f) 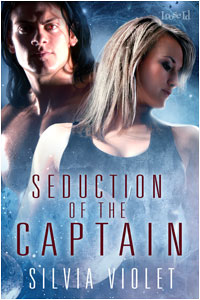 Kajinek is a Lalatian Dominant who must feed on fear, pain, and sex for survival. Since leaving his homeworld, he hasn’t met a woman who could truly satisfy his needs.
Mercenary captain Saida Alexander needs a pilot for the most dangerous mission she’s ever undertaken. She chooses Kajinek, because he’s reputed to be the very best. She never suspects that he’ll awaken the submissive desires she’s ignored for years.
When Saida knocks on Kajinek’s door, he senses that she’s the partner he’s been looking for. He agrees to fly her ship under one condition; she must personally feed his darkest desires. Can Saida give in to what her body wants or will submitting sexually shatter the careful control she wields over the rest of her life?