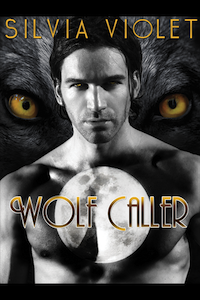 As their world draws closer to war, the future of Albion is in the hands of a werewolf pack who must protect the country’s most carefully guarded secret, a new magically-generated power source. Rumors about the mysterious Lord Derek Valmont abound, but no one in Albion’s Upper Circles knows the whole truth. Valmont is not only a werewolf, he’s also an operative for the Office of Clandestine Affairs.

Captivated — literally — by the hauntingly beautiful, Serena, Valmont is furious that he can’t break the hold she has over him in wolf form. When she flees their encounter he drinks in her lingering scent, determined to find her again — on his own terms. But before he convinces her to use her powers to aid his pack and his government, he’ll take her to his bed and prove he’s the one in control.

Serena may not be able to control the man as she does the wolf, but she’s got an agenda of her own. Her sights are set on both Valmont and his second in command.

Buy it from Amazon»

Serena couldn’t sleep. She’d spent the last several hours tossing and turning, drifting in and out of vivid dreams about her grandmother. Most of the jumbled images were real memories, but they seemed too strange to be real. Resigned to wakefulness, Serena rose and pulled her hooded cloak from the wardrobe. She caressed the lush red velvet before swinging it over her shoulders. Never had she touched a softer fabric.

Her grandmother had made the cloak herself, just before she died. Nonna had instructed Serena’s aunt to give it to her when she turned twenty-one. The first time she’d worn it, she found a note from Nonna in one of the deep pockets. Her grandmother instructed her to wear the cloak on every possible occasion, because it would show her a path to an alternate future.

Serena didn’t know what sort of alternate future one might find while walking in the dark, but the crisp, early spring air called to her despite the hour. She slipped on her half boots and buttoned the cloak over her nightgown. Then she tip-toed down the stairs and opened the doors leading onto the side porch of her cousin’s country house.

Her cousin and his wife would worry if they realized she’d left the house at night, but it was unlikely that anyone would wake and detect her absence. The wind whipped her cloak, making it float around her as she hurried down the stone steps and across the well-manicured lawn. When she reached the edge of the woods, an owl called sharply as if warning her not to venture forward, but her odd dreams had put her in a reckless mood. When else would she get a chance to stroll in the woods with a full moon lighting her way?

She walked along the trail that would ultimately take her to the neighboring estate, a house her cousin had warned her not to visit. Serena had never met the owner, Lord Derek Valmont, but she’d heard plenty of rumors about his exploits.

He had disappeared from Albion City the year before. No one, not even his father, the well-respected Marquis of Longtemps, knew where he’d gone. When he returned months later, Valmont gave no explanation for his absence. Now his only contact with the Upper Circles lay in luring young women back to his estate and seducing them. By all accounts, he was wickedly handsome and so skilled in bed that a woman would willingly trade her reputation for a night with him. Serena had to admit the thought of being seduced by him sounded tantalizing rather than threatening, which might explain why she’d unconsciously headed in the direction of his estate.

A loud whir interrupted the sounds of the forest. Serena looked up and saw a dirigible moving rapidly past, probably another military training expedition. War with Toulousia was looking like more of a certainty. Albion’s army had been training like mad, trying to get a handle on every new technology they could. Rumors had circulated in Serena’s circles that yet another new fuel source had been discovered, but all details were being kept top secret.

When Serena looked back down, an enormous black wolf stood in front of her. Her breath caught, more in surprise than fear. She knew instinctively that she could talk to wolves the same way she could talk to dogs. She held out her hand as she would for an unfamiliar dog to catch her scent. Come.

The wolf’s eyes widened. It leaned away from her as if trying to resist her call. No dog had ever done that before.

Who are you? The wolf asked.

Serena jumped. Had she imagined the response?

My name is Serena.

Leave. The wolf backed a step away. She could read anger and fear in his stance.
What was going on? She’d kept her abilities hidden all her life. Nonna was the only other witch who’d come out to her. Her mother knew what she was, but they never spoke of it. Serena knew little of her power except that she had the ability to call dogs to her, to calm them, and to heal them if they were injured.

Her friends simply thought she had a special affinity for animals. No one suspected that magic was involved, but Serena knew differently. She felt something come alive inside her when she used her power. Nonna had hinted that she had more abilities, but she’d died before Serena had learned how to use them.

Come. She called the wolf again, determined to see what level of power she truly had.

The animal snarled, but he took a step closer to her.

Come to me. She held out her hand and drew from the place inside herself where the magic rose, sending out every ounce of compulsion she could raise.

The wolf took two more steps toward her. His eyes glowed with anger. You will regret this.

Serena shivered. But what could he do? She was the one in control. Having never felt any resistance from the dogs she’d worked with, she’d never known how alluring such power could be.

Come now. She shouted the words in her mind and the wolf crawled forward, resisting every step. She reached out and stroked his head. Instead of snarling as she anticipated, he leaned into her touch, rubbing his head against her. His fur was even softer than her cloak.

After petting him for several seconds, she stood, suddenly ashamed of having forced her will on this beautiful animal.

I will find you and have my turn.

Serena’s heart pounded. What was that supposed to mean?

The wolf turned and raced away.