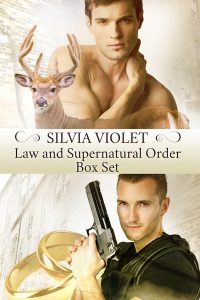 The Law and Supernatural Order Bundle contains four complete humorous shapeshifter novellas. Save 40% off the price of buying them individually.

From Book 1: Sex on the Hoof