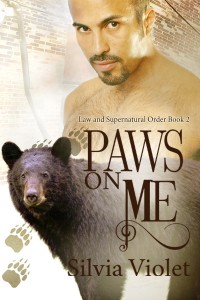 Brandon Lord appears to be an easy-going, flirtatious club owner. On the inside, he’s a man trying to overcome a difficult past.

I’m Seth Morrison. I’m a cop, a police lieutenant to be precise. I’ve been on the force more years than I want to think about. I’ve seen good men get killed, turn dirty, lose themselves in the bottle, and lose their fucking minds, but I’m still here doing what I do. I don’t know any other life. People tell me I need a break, a vacation, to relax. I don’t want to fucking relax. I just want to do my job and keep this city from falling apart.

I park my car, grab my coffee from the cup holder, and charge up the front steps of the station. I could take the side door, it’s closer to my office, but I love the chaos of the bullpen. When I open the door, I breathe deeply, enjoying the variety of smells: coffee that’s been on the warmer too long, the sickeningly sweet smell of candy and doughnuts, pine-scented cleaner from the scrubbing the janitors gave the floors last night, and something unnamable that simply smells like cops and hard work. I shake my head as I try to imagine not being here nearly 24/7. This is where I belong.

My stomach rumbles. I should’ve had dinner, but after pretending an afternoon nap was a night’s sleep, I’m running late. I’ll grab something from the vending machine while I dream about a juicy burger and thick home fries. It sure would be nice to have someone cook for me. I don’t seem to get along with stoves. Years ago, I tried being married. That worked for about thirty seconds. My wife wanted me to work shorter hours. I wanted her to talk less, or maybe never.

One-night stands I can handle, but relationships are beyond me. People think police work is draining, but I’d rather spend all day in the field and all night at my desk filling out fucking paperwork — and often I do — than try to decode relationship signals. I inevitably screw things up and never understand why. Sex I need. Romance I don’t.

I remember when the shifters came out of the closet, scaring the hell out of us humans. One by one other monsters made themselves known. Most people assumed they were all assholes who wanted to eat us, but I quickly learned not to judge a man because he sucked blood or turned into a wolf. Instead I judge men based on how they treat others.