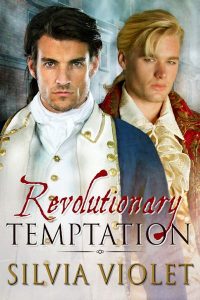 Purchase in any ebook format from Payhip

Captain Jack West entered the noisy tavern where numerous continental-army officers attempted to alleviate their winter boredom with tankards of ale. He glanced around the room searching for Major Tallmadge, who’d summoned Jack, saying he wanted to discuss a special mission. There was over a foot of snow on the ground, and both the rebels and the British were holed up for the winter.

Three weeks earlier during the fighting in Trenton, Jack had been shot in the leg. The bullet had lodged in the outer side of his thigh, a few inches above the knee. He’d sustained a cracked femur and bled heavily, but thank God, the surgeon had saved his leg. After weeks in bed, he was now able to walk, but he had a pronounced limp and his leg pained him constantly. What kind of mission could he carry out in his current condition? Not to say he wouldn’t be thankful to do something other than listen to the bluster of fellow officers or contemplate how poor the rebels’ chances would be come spring.

Tallmadge sat on a bench in the corner of the crowded room. As Jack moved his way, a man knocked into him, nearly spilling his beer all over Jack’s coat. Jack caught the man’s arm and steadied him.

Annoyed as he was, Jack forced himself to smile. The soldier was young and foolish—hell, they all were—and he’d been too distracted by the buxom serving girl to watch where he was going. Jack shooed him on his way.

Speaking of distractions, Benjamin Tallmadge was an incredibly beautiful man. Not that Jack had heard or seen anything to suggest Tallmadge had an interest in more than friendship with his fellow men. Even if he had, Jack wouldn’t dare approach him. He couldn’t afford that kind of risk. It was difficult enough to keep his men in line without rumors he was a sodomite.

“Good evening,” he said, taking a seat across from Tallmadge.

“Jack.” Tallmadge held out his hand to shake. “Thank you for joining me.”

“I did, and I want to ask you to hear me out before you respond.”

Not a promising beginning. “Ben, what’s going on?”

“Washington needs information about what’s happening in New York: How many troops are there? What reinforcements are coming in the spring? What is General Howe planning?”

Jack nodded; so far nothing he’d said was surprising.

“Our scouts haven’t been able to find much of interest. We need someone on the inside. You have relatives in the city, and the winter is an excellent time to visit them.”

Jack frowned. “I hardly think the British are going to divulge their secrets to a continental officer.”

Wait a moment… Ben wanted Jack to be a spy. “You don’t want me to go in uniform, do you?”

Ben sighed. “I do. We need this information if we’re to have a chance when the fighting starts next spring.”

“You can’t be serious. I—” Ben held up his hand, and Jack stopped mid-word, though he held himself rigid. He’d been determined to still be useful after his injury, but he wasn’t going to slink around and listen at keyholes.

Jack nodded. He had. He’d known Ben since they’d joined the Second Continental Light Dragoons at the same time, only a few years after they’d each taken their degrees. And here they were, men of only twenty-three years, deciding moral questions that would guide this new nation.

“Traditional intelligence-gathering isn’t going to get us the information we need,” Ben insisted.

“Surely you have reservations about this. A gentleman doesn’t—”

Jack bristled at their fight for freedom put in those terms. “Killing soldiers in a battle and seizing what the army needs isn’t…”

Ben’s knowing look silenced Jack. In truth, Jack was simply parroting what he was supposed to believe. Ben had a point. The army had resorted to all manner of ungentlemanly behavior to survive: surprise attacks, stealing food from local farms, burning civilian homes. And still they had little to eat, barely any wood for fuel, and few blankets to cover freezing soldiers. If the rebels didn’t have a decisive victory in the spring, how many of these men would stick around? The British already massively outnumbered them. And with his injury, would Jack even be able to fight?

Could he lower himself to play the spy to help the rebels win? “Spies are little better than criminals. Some would say they’re worse.”

They paused their conversation while a serving girl offered a pitcher of ale and a cup for Jack. When she left them, Ben said, “It’s not the method I would prefer, but I’ll do whatever I have to in order to defeat the British.”

Could Jack do any less? He’d never been a coward. He’d faced enemy fire on the battlefield, and while he’d been terrified, he hadn’t run. As a man of honor, he could visit his family in the city unscathed, as long as he kept his political views to himself. If he were caught there as a spy, he’d hang, a disgraceful death.

“Did you choose me for this because of my leg?” No matter what the surgeon said, he was determined he would heal enough to make himself battle-worthy.

Ben shook his head. “I trust you. I’ve seen how bravely you fight, and I’ve also seen you uphold your principles when it would be easier not to. You’ve been kind when you didn’t have to be.”

“And that makes me a good spy?” It seemed to say quite the opposite to Jack.

“A spy needs to be dedicated, intelligent, and able to decide when to push and when to let go. You have all those qualities.”

“But I’m also plainspoken. I’ve never been one to sneak around, and I don’t lie easily.”

Ben took a sip of ale and studied Jack. “Are you sure about that?”

Dear God, did Ben know his secret? Surely not. What could he have done to give himself away?

“I try to be honest. That’s always been important to me.” If only he weren’t cursed with a desire for men that he had to lie about unless he wanted to die for it.

Ben smiled. “We all lie sometimes. Most of us are better at it than we care to admit.”