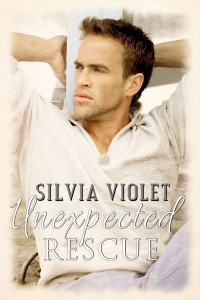 Shrapnel from an explosion tore up Jackson’s leg and ended his career as a Navy SEAL. Being forced into the civilian world was bad enough. Being told he’s crazy is intolerable. No matter what the doctors or anyone else tells him, he knows a supposed ally was responsible for his injury, and that same man is determined to shut Jackson up for good.

When Jackson sees a kayaker clinging to his boat from the balcony of his beach house, his instincts tell him something dire is about to happen. Jackson rescues the injured man and insists on hiding him until a former SEAL teammate arrives. As Jackson struggles with separating reality from soul-shattering flashbacks, the injured man’s compassion and growing trust tear down his barriers, and Jackson begins to wonder if his heart is as dead as he’d assumed.

Jackson had gone to a quiet North Carolina beach to hide. He’d told his doctor and the few friends he hadn’t alienated that he was taking some time to get his shit together. There was no point in mentioning the need to lay low, since no one believed him anyway.

As he gazed out to sea, he leaned against the balcony railing, letting his arms take most of his weight. It had been almost a fucking year since The Incident, and he still couldn’t support his weight on his injured leg for more than a few seconds without pain.
The doctors told him he was lucky he hadn’t lost it, that he’d exceeded all expectations for recovery, but he didn’t give a fuck about their expectations. He was never going to do what he loved again, what he lived for. A SEAL who couldn’t run was nothing.

They’d offered him a desk job or a medical discharge. What fucking shit! He’d worked his ass off to get into the SEAL teams, enduring things that would literally have killed other men. And now, at thirty, he was washed up. He should have had another five to ten years to do what he loved, but thanks to shrapnel from an explosion that killed one of his teammates, he could either be bored out of his skull sitting on his ass or try to figure out how to live as a civilian.

The worst of it was the insurgents his team had gone into the Columbian jungle to stop hadn’t thrown the bomb. Juan Rodriguez, the man who supposedly led the opposition against those monsters, had. Jackson had seen him, seen the wicked smile on his face as he launched his homemade weapon, but no one believed Jackson’s story.

There was no evidence to indicate the man was anything other than loyal to the American forces that were there to help him retake his village, and Jackson could only remember bits and pieces from The Incident so his memory of Rodriguez’s face behind the grenade launcher was dismissed. The fact that Jackson had been only partially in touch with reality for many of the intervening months didn’t help.

Now Rodriguez intended to finish Jackson off. He’d received several untraceable messages saying he was going to die, and he’d seen men watching him when he was in the hospital in Little Creek. Someone had been in the apartment he rented after he was released, not that he’d bothered to call the police. They’d never find a trace of the bastard, but he knew. No matter what the fucking shrink said, this wasn’t PTSD paranoia. Rodriguez was determined to end him so no one could stop the man from taking military aid and funneling it to the very bastards Jackson and his team had been sent to destroy.

Something out on the water caught his attention, but he couldn’t see well in the gathering dark. He limped over to the sliding glass door that led into the house and grabbed his binoculars, which lay on a table by the door. He’d guessed right. It was a kayaker, and he was in trouble. From what Jackson could tell, he was clinging to the side of his boat and being rapidly carried out to sea. A shiver ran over Jackson; something was wrong, something worse than a man taking a kayak out in choppy surf and losing control.

He looked up and down the beach. There was no one out. Not many people came to the island in November, and the few permanent residents didn’t venture out on the beach this late in the day.
He couldn’t let the guy drown. He could call 911, but no one was going to get here in time, not with emergency services based on the mainland.

Ignoring the fire shooting up and down his leg at the swift movement, he rushed down the steps and did his hobbling imitation of a run down the boardwalk that led over the dunes. When he reached the soft sand, he stumbled, going down on one knee. The wind tore at his clothes, and he shivered. Before this damn injury, he wouldn’t have felt the cold during a rescue operation. He cursed himself for going soft and pushed himself to run the last few yards to the water, not caring how much his leg hurt.

Jackson dove in as soon as he was deep enough, ignoring the pull of the tide and the frigid water. Swimming was a hell of a lot easier than running, and he cut swiftly through the water toward the man who now had only a few fingers wrapped over the edge of his kayak.
Jackson pushed harder, swimming faster than he had since his leg injury. Even the angry laps he’d done at the pool as he cursed himself for not being able to run hadn’t approached this speed.

Hang on, hang on. He was close now, but the man was drifting farther out with each wave. When Jackson was close enough that the man might be able to hear him, he called out.