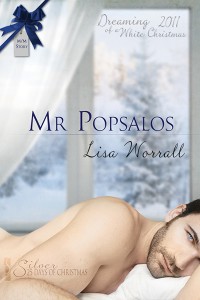 When Silvia asked me to provide a recipe for Christmas, there was only one thing that came straight to mind.  My Uncle Ken’s Yorkshire puddings.  They are legendary in our family, and no one has ever matched or surpassed them.  They are gorgeous covered in gravy with your Christmas dinner and he always cooked an extra batch for us kids to have later with jam (jelly to my American pals).

So here it is, the recipe for Uncle Ken’s Yorkshire puddings:-

Oil that the joint of meat is cooking in

Put the flour and eggs in a bowl and mix together roughly.  Then add the milk and water, and mix together until you have a batter of a nice thick consistency that will run off the spoon when you lift it up.  Place in fridge for two hours prior to cooking.

Take a bun tin (should make twelve or more, depending on the thickness you like) and put a teaspoon of oil from around the meat into each one, to cover the bottom.  Put on the top shelf of the oven until the oil is spitting nicely.  The key to good Yorkshires is the temperature of the oil, it has to be really hot.

Then place three desert spoons of mixture into each and put them on the top shelf of the oven on gas mark 7, um…. 220 degrees for thirty to thirty-five minutes until risen and golden brown.  Then shove into your mouth with reckless abandon 🙂

Excerpt from Mr Popsalos released by Silver on the 19 December 2011:

“Do you think his dad’s in Harry Potter?”

Luke looked up from his newspaper, a piece of raisin toast paused in mid-air on its way to his mouth, and raised an eyebrow at his six-year-old son. “Huh?” He wasn’t big on eloquence first thing in the morning, and the garbage truck had awoken him at the ass-crack of dawn.

“I said,” Reggie repeated with a roll of his big brown eyes. “His dad must be Harold in Harry Potter.”

“Hagrid,” Luke automatically corrected. “Whose dad?” He asked, folding his newspaper and giving his son his undivided attention. He had a feeling he was going to need all his little grey cells to decipher Reggie’s latest random statement.

“Our new teacher helper,” Reggie huffed with all the patience of having to deal with someone of obviously limited intelligence.

“Mr Popsalos?” Luke repeated. He vaguely recalled the mention of a new assistant teacher and nodded sagely, as if he knew what the hell he was talking about. “Ah, yes, Mr Popsalos.” He scratched his chin and smiled softly. “I’m almost afraid to ask, but why do you think his dad is a giant?”

“Because he’s really, really big,” Reggie said in his best “duh” voice, as if Luke had just dribbled on himself. “You should write things down, Daddy.”

“Why?” Luke said, confused. He watched Reggie spoon more Cocoa Puffs into his mouth and crunch down on them, spraying little bits of toasted rice across the table as his son continued.

“Mrs Olsen said when you get old you forget things. She writes it down. So should you, or I can remember for you.” Reggie nodded happily to himself, taking a healthy slurp of his milk and leaving a white moustache on his upper lip.

Staring at Reggie for a few moments, his mouth hanging open in disbelief, Luke forced a smile onto his face and thanked his son for bowing to his great age and making allowances for his diminishing memory. Glancing up at the clock, he shoved the last bite of raisin toast into his mouth and carried his plate to the sink. “Dude, we gotta go. I’ve got a big presentation this morning and I need to get to work early. Do you have your shoes on?”

Reggie looked up at him for affirmation when he slipped his sneakers on, making sure he had them on the right feet. Luke gave him an encouraging nod.

“It’s when I have to stand up in front of a room full of people and try not to look like an idiot.”

“There’s a raisin in your teeth.”

Luke waited patiently while his six-year-old studied his face for further signs of idiocy. Then he flinched when Reggie sent up a war cry as he ran to put on his coat and grab his book bag from the peg. Don’t you just love it when they put you in your place?

“Okay, almost done.” Luke grinned, wrapping Reggie’s scarf around his neck and pulling the matching beanie onto the little boy’s head. He chuckled through their morning ritual of covering Reggie’s face with the beanie—Reggie complaining and Luke insisting that he looked better when you couldn’t see his face—ending with Reggie grabbing Luke’s beanie and doing the same to him.

“Right, in the car, little big man,” Luke urged, pulling open the door and shaking his head slowly when hurricane Reggie flew down the porch steps and sprinted to the car. The kid’s energy never ceased to amaze him. Locking the house behind them, Luke took the porch steps at a more sedate rate and opened the car, waiting for Reggie to climb in before he slid behind the wheel. “Okay… do we have everything? Book bag—check, lunch box—check, kid… aaah, I forgot the kid!”

Luke smiled to himself when the voice from the back deadpanned, “Daddy, I’m six.”

“Humor me,” Luke drawled, starting the engine. He pulled the car off the drive and eased into the steady stream of traffic heading towards downtown—then turned around and drove back to the house, running inside and grabbing the box of toys Reggie was donating to the Toys for Tots program. Luke groaned as he stowed the box in the trunk. He couldn’t believe it was only two weeks to Christmas. None of his shopping was done, and he still hadn’t booked the flight to his sister’s, not that Abbie would expect anything less than a last-minute panic attack from him anyway.

Climbing back behind the wheel and pulling off the drive for the second time, he sighed heavily and ran a hand through his hair. He’d planned to be mega-organized this year, but of course he had failed miserably again. Oh well, thank God for the Internet and express delivery.

When they arrived at the school, Luke parked in the closest space he could find and ushered Reggie out of the car. Checking they hadn’t left anything behind, he pressed the remote button on his key fob and grabbed Reggie’s hand. They trotted along the street and up the steps into the school, rushing to get out of the cold December air. Once inside, they walked quickly along the children-filled corridors, stopping outside the little boy’s bright red classroom door. Luke helped Reggie hang his coat up, unable to contain the smile when he saw the sprigs of mistletoe and strands of tinsel twined around each little peg. Making sure that his hat, gloves, and scarf were firmly secured in Reggie’s coat pockets, he dropped to his haunches.

“Okay, dude,” he said, lifting a hand and executing the handshake-fist-punch the two of them had perfected over the last three months—after a very serious six-year-old had declared that he was far too old to be kissed in public. As much as the statement had doubled him over like a knife had been plunged into his chest, Luke had swallowed his bruised pride, and the cool handshake they’d devised became the compromise he’d agreed to. “Now, don’t forget I’m going to be late tonight. Grandma is picking you up, and she’s staying over.”

“I won’t forget,” Reggie said indulgently, lifting a small hand to pat Luke’s cheek. “I’m not as old as you, remember?”

“Silly me,” Luke deadpanned, then stood up and ruffled the soft golden strands curling around Reggie’s ear, much to the boy’s disgust. “Have a good day and make sure you behave for Grandma. You’ll probably be asleep when I get home, so say your prayers and clean your teeth before bed, and I’ll see you in the morning.”

“‘Bye, Daddy!” Reggie yelled, opening the door of the classroom and throwing over his shoulder as an afterthought. “I’m gonna ask him if his dad is Harold!”