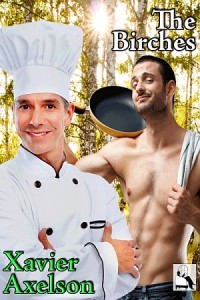 Today I welcome back the alluring Xavier Axelson so grab some coffee or tea and a piece of pie and enjoy….

I came across a concept recently I thought I would share.  While discussing a popular television show and the work that goes into the production of the show my friend said, “You can tell the actress is phoning it in.”

Upon further discussion, it was explained as someone who is doing just enough to get by, or performing on autopilot.  The zest is gone but you are so good at doing what you do you can offer 5% and get away with it.

Hmm, I immediately began to wonder how this can relate to writers and kept mulling the concept of “calling it in” over and over in my head until I was reminded of a writers group I led during the past summer.

I remember one writer who wrote beautiful corset ripping romances.  Great sweeping things reminiscent of Gone with the Wind, if not a bit dramatic, definitely well written for someone of tender college age.  My advice to this writer week after week was to be more “generous” with the story and character.  If you are going to write a grand, epic romance then be generous with details and slow the pace down.  It isn’t a race.  Not every story has to be Gone with the Wind and over 1000 pages but I felt this writer’s style was lush and beautiful enough but was not matching the pace of the story they were hoping to tell.  I realized it is easy as a writer to “phone in” details.  I found certain elements of the romance to be typical of the genre and so tired I ached to relieve the words of their decade’s long slavery.  Perhaps I am being difficult and asking more of myself as a writer than necessary.  Are readers willing to go along with a story because the genre dictates what will and always happens next?  Wrong side of the tracks hero pulls high society maiden from her society column and deflowers amid the wilds of her wealthy fathers estate?  It’s been done and will be done again and again, and why not?  The idea of phoning it in comes in to play when a write just rehashes the story with little deviation from a story told repeatedly from the beginning of romance.  Readers can also be guilty of phoning it in from time to time.  I’m guilty of this, believe me, I am far from reproach.  I am an easy sell when it comes to books, but that’s another blog.  Isn’t easy to just find a series of books or a particular writer and just keep going back for more?  Do you really have to think about it?  You know what is being served, all you have to do is show up, wipe your feet, sit down, and eat what’s being served.  You know what the next course/chapter will be.  You’re phoning it in.

I also marvel when on a Saturday night I drive by a chain restaurant serving mediocre food to find it packed.  Line down the block, crowd control, no parking, and everyone feverishly awaiting their round of the same old same old.  I look next store at the new Peruvian place maybe offering something more interesting and NOTHING.  The place is empty.  It’s a marvel.  Are we afraid of disappointment?  Is there a bit of laziness lurking within each of our over stimulated souls?  After work, do we really want to have to worry about hitting up the new place when the spinach and artichoke dip at said chain is decent and the beer is cold?

I excite at new and different things and experiences.  I ache to be the one to try a new restaurant and am one of those freaks who write down new books off my Amazon wishlist and carry it with me to the one or two bookstores left in existence.

It was recently I found myself phoning it in.  Not as a writer, but as a reader.  I realized I read about 26 books in a particular series with little space in-between each book to read something new.  I decided one night I needed to stir things up, reached for a book in the polar opposite genre, and blasted thru said book in two days.  Boy, I needed that.  I understand the need to be satisfied, to not risk disappointment.  Is there anything worse than reading a bad book or crappy movie?  I get more disappointed in movies than books.  I struggle to think of any on book I truly hated.  Then again, I am an easy sell.

Blah blah blah, what’s he talking about anyway?  Did he just call me lazy?  Absolutely not!  This is more a plea to myself to remember to kick in a little Neil Gaiman in-between my 1940’s British fiction and maybe a little Jane Austen in-between my Bram Stoker and Bunnicula.  There’s nothing wrong with getting comfortable and seeking comfort from the familiar but as a writer I know I would die if everyday became the same and every one of my stories an expected collection of words with zero taste and no calories.  I think of my novellas as a feast and you are my guest.  So EAT.  Eat it all and then ask for more.  Generosity is a creative gift I hope to share.

A taste of The Birches by Xavier Axelson

Buy The Birches at Seventh Window or Amazon