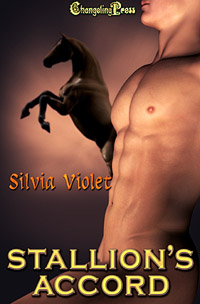 Stallion’s Accord will be available later today. In that story, Raya and Calder enjoy some cheese biscuits that are one of Calder’s cook’s specialties. While I’m sure she made her biscuits from scratch, as I do on most occasions, I’m sharing a quick easy and super crazy yummy recipe for garlicky cheese biscuits that I got from my mother-in-law.

The first time I had these biscuits, I was nineteen and I was staying at my then boyfriend, now husband’s house for New Year’s. His mother made two pans of these biscuits, set them on the counter to cool, and then went out to do some errands. Upon discovering them (with no note or explanation attached I might add), my boyfriend, his younger brother, and I decided they looked like a great snack. Yes, the idea that they’d been made for a particular occasion went through our minds, but here were these warm, delicious-smelling biscuits right there in front of us. We each ate few and then a few more and then a few more. (Warning: If you make these, make several pans, they are addictive.) By the time we finished there were none left, in either pan.

Around supper time, his mother was getting ready to go out to a party. She came into the kitchen and asked where the biscuits were. Poor woman, I think she thought we’d actually wrapped them up for her after they cooled. “Biscuits?” my boyfriend asked.

She narrowed her eyes at us. “They’re for the party. Did you eat some?”

She glanced toward the sink and spied the empty pans. The game was up. “We kinda ate them all,” I confessed.

Needless to say, she was not pleased with us. But once her anger had abated, I got the recipe and we’ve been making them at some point during the holidays ever since.

Makes 1 pan but I’d double or triple it.

Stir cheese and garlic into melted butter. Separate biscuits and break them into quarters. Roll each quarter into a ball then roll dip it into butter/cheese mixture until thoroughly coated. Place in a 8 in round pan (cake pan). It’s ok if they are touching. Drizzle with some of the remaining butter and cheese mix. Cook according to biscuits directions.