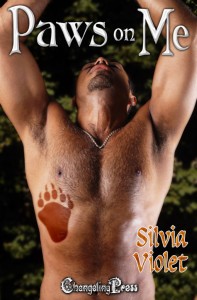 I love pie. Really I do – fruit pies, pecan pie, savory pies. I don’t think I’ve ever been confronted with a type of pie I wouldn’t eat – even mincemeat. When it comes to Thanksgiving dinner, I enjoy the turkey and stuffing and cranberry sauce but to me, Thanksgiving is a holiday for pie.

Growing up my family always went to my Grandma’s house for Thanksgiving dinner, and the desserts had their own buffet. Grandma’s specialty was lemon merigue pie but there were also sweet potato pies, pumpkin pies, and chocolate pie made from a recipe passed down from her grandmother. My dad was the oldest of five children, and it had been decided either before I was born or when I was very small that no one got to take leftovers home. You had to be the first one back to Grandma’s house the next day to get your pick of whatever was left after we’d all filled our bellies. I remember many a day after Thanksgiving waking up a 4am not to get in line in front of Wal-mart but to get to Grandma’s for the leftover lemon pie.

Combine and press into a 9in pie pan. Grandma only pressed the crumbs into the bottom and put whole vanilla wafers around the edge but you can press the crumbs up the sides if you like.

3 egg yolks (save whites for meringue)

Combine and pour into pie shell.

Bake at 350F until meringue browns just a bit. It doesn’t take long. Then refrigerate for at least three hours.

I like to include pie in my stories. My free Thanksgiving short, Heat in the Kitchen, involves the demise of a pumpkin pie and  in Paws on Me, Brandon and Seth get creative with apple pie.

Brandon laughs, a deep, infectious sound. I can’t help but respond. Now I want him more than ever. Taking this case was a supremely stupid idea, staying on it now is unprofessional.

Buy it at Changeling Press, Amazon, ARe