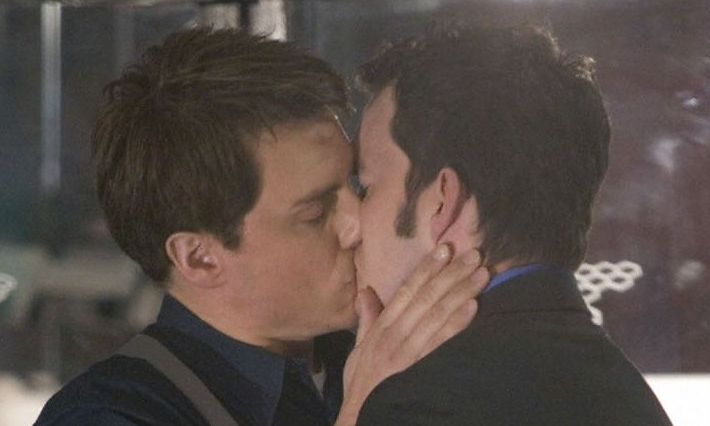 gratuitous hotness having nothing to do with my writing update

Shifter’s Galaxy: Accommodating Desire, an m/m/f short story, will be available very soon from Changeling Press. I loved having the chance to revisit my Shifter’s Station world with this story, and I’ve got several more story ideas for this spin off series.  Here’s an unofficial blurb:

Lucy Vasilia is the director of the Alkestis Market, a well-run trading center
catering to both legitimate and black market concerns. She’s not a woman who
normally mixes business with pleasure, but shipping tycoon, Ian Hadley’s
dominating presence and cool control make her knees weak. When he
matter-of-factly proposes a three way with his lover, Security Chief, Connor
Langley, she decides to make an exception and give herself over to pleasure
for an afternoon. But Ian and his dark, dominating lover want far more from
her than a few hour’s dalliance. They intend to make her acknowledge their
soul-deep connection, and they won’t be satisfied until they’ve claimed her in
every possible way.

I’m currently working on Protect and Serve: Sex on the Hoof. This is Jason, Natalie’s brother from Savage Wolf‘s, story. I love writing for this series and Jason and his lover, Drew, are a roller coaster ride of humor, angst, and dirty fun.

I’ve got lots of other projects bouncing around in my head. But I think once Sex on the Hoof is done, I’ll be focused on Wet: Reef’s Guardian, part of an upcoming multi-author series for Changeling. I know this one is going to be fun because one of the characters is a cuttlefish shifter. Oh the things I’ll be able to do with that 🙂

After that I’ve got a m/m Christmas story that’s been begging for my attention as well as one featuring intergalactic spies, betrayal, confusion and seriously hot sex. 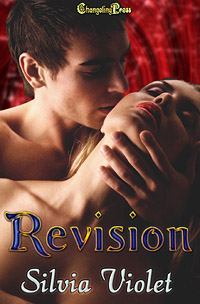 This week’s Changeling Bar and Grille theme was shape-shifter menage. I wrote this 100 word flash piece for the theme:

Jake’s claws slid out and dug into Liz’s hips. He froze. Afraid of how she would react.

But she showed no sign of fear. Instead, she moaned around his friend’s cock and shoved her hips back, taking Jake deeper.

He let his claws sink into her flesh, deep enough to sting.

She went wild, bucking against him, begging for more. He gave her his full length, pounding against her, no longer trying to hold back his animal nature. She squeezed his cock, pulling him toward orgasm as his friends fucked her mouth and howled.

Be sure to stop by the Bar and Grille next Friday to see what the Changeling authors are up to.