Giving An Alpha Male the Partner He Deserves 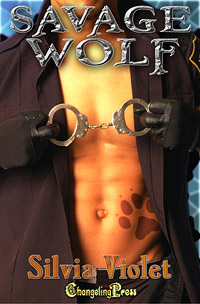 I love alpha males. I fell in love with the romance genre in my teens as I devoured book after book with big, dominating dukes, earls, knights and Civil War soldiers. As paranormal romance grew in popularity, I discovered that werewolves and vampires make delicious alpha males, too. But the problem with so many of these late 80s/early 90s romances were the heroines. I loved these books when I read them but when I think back on many of them now, I realize that many of the heroines were TSTL (Too Stupid To Live). Pathetic simpering little things, just the type who would turn her ankle in high heels while running from a chainsaw wielding zombie.

Almost every story I’ve written whether m/f, m/m/f, or m/m has an alpha male hero. Their characters call to me and fuel my fantasies but I always fear sticking them with a TSTL partner, something they certainly don’t deserve. Nor do I believe such a pairing could last. The perfect partner for an alpha male whether he be gay or straight is someone smart and sexy and willing to stand up to all that dominant energy when necessary. Alphas don’t need doormats but rather true partners. An alpha male’s partner’s personality shouldn’t be overshadowed by the alpha. When I read a romance, I want both people in the relationship (or all three if it’s a ménage) to be equally interesting even if I chose the book for the delicious alpha.

I hope that I’ve succeeded in giving my alphas the partners they deserve. Officer Wolf of Savage Wolf sets his sights on a deer shifter. But Natalie is no missish little herbivore. She is a strong, sexy woman who knows what she wants and asks for it. She outsmarts Wolf numerous times and makes sure he knows that she is his equal even if she wants to be his servant in the bedroom. Read an excerpt below.

In Sex on the Hoof, the sequel to Savage Wolf, Drew Danvers is a dominating vampire detective who could easily overpower a weak-willed partner. But deer shifter, Jason Fleetfoot. is a perfect match. He’s nearly as strong physically and as a forensic chemist he has skills that Drew admires. Jason isn’t willing to simply be a bloodslave for his vampire lover. He wants a true partnership. Read an excerpt here.

Before I can describe the smell to Jacob, I hear distant footsteps pounding the pavement. “Someone’s running this way. Someone fast.”

Jacob nods. I doubt he can hear a thing, but he’s learned to trust my non-human ears without question. A few seconds later, a woman comes into view. She’s wearing a sundress and a pair of high-heeled sandals so I doubt she’s running for her health. Not that any sane woman would be in this part of town at night.

She has straight, reddish brown hair that swings past her waist. Her heavy round breasts are barely contained by her dress. Long shapely legs reach out for the ground, making my cock sit up and say hello. Her strides are so long she’s practically leaping.

Jacobson frowned. “While letting her get killed in the process?”

I know my partner’s right to protest, but my instincts tell me to take the risk.

The whine of a motorcycle engine grows louder. The woman runs past us and reaches the entrance to the park at the end of the block. The motorcycle driver guns his engine. He’s only a block away. I watch as he pulls out a gun.

We exit the car and scale the fence, dropping down into the park, making our way through the thick undergrowth until we see the path. The motorcycle turns into the park and blows past us.

The woman darts into the woods up ahead. As she disappears, I swear I see the upraised white tail of a deer.

The driver fires a shot into the woods. Jacobson raises his gun and aims for the bike’s tires. He misses. My heart pounds. If my instincts were wrong, if this woman died because I hesitated, I’ll never forgive myself.

Suddenly an enormous stag leaps out of the woods directly in the motorcycle’s path. The driver swerves. The bike falls on its left side, crushing the driver under it, as it skids to a stop.

My werewolf speed brings me to the carnage ahead of Jacobson, I touch the driver’s neck, checking for a pulse. Nothing. He’s dead.

I turn toward Jacobson and shake my head. The deer lies several feet ahead, his legs twitching. I ready my gun to put him out of his misery, but I stop cold when his scent hits my nostrils.

Jacobson reaches for his weapon. “Shouldn’t we –”

I hold up my hand signaling him to stop. “He’s a shifter.” I start to tear off my uniform, preparing to shift. Now I know why I’d seen a white tail disappear into the woods. The long legs, the hair the color of a deer’s fur, the superhuman speed. Our runner’s no more human than I am. I turn to Jacobson. “Call this in and get us some backup. I’m going after the woman.”

“Wait,” he calls, but I’m already in my lupine form. I breathe in the scents of the night, damp leaves, warm earth, a few rodents. Then I catch her scent, deer mixed with the delicious musk of sweaty human female. My wolf salivates, eager for a chase.

I keep my nose low to the ground until the scent grows stronger. My ears prick. I can hear her breathing. I’m close. So close. She’s hiding, but I know I’ll flush her out. I wait for several long seconds.

She bursts from a tangle of bushes twenty feet or so ahead. And the chase is on. I tear after her, my wolf rejoicing in the freedom to run, to chase, to catch. But while my wolf is hungry for deer meat, my human side is hungry for this female in a whole different way.

I’m closing in. Her scent surrounds me. Sweat and fear and… whoa… sex. Bambie is as turned on by the chase as I am. Maybe this interrogation is going to be a whole lot more fun than I’d imagined.