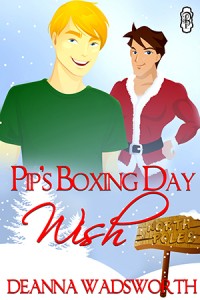 My name is Jimmy and I work in the Electronics Division at Santa’s North Pole Workshop. You may remember me from my not so flattering debut in that story PIP’S BOXING DAY WISH. I think it was really an unfair depiction of me. I’m sorry I can’t be perky, perky it when surrounded by elves like Pip.

Thanks for having me on this blog Silvia and thank you Jorge for asking me to participate in your blog tour.

Since I’m supposed to be sharing an update on what’s happening right before Christmas here at the Pole, here goes: It’s the 23rd and Santa is leaving tomorrow night so it is pretty much crazy around here.

In my Division, we’ve been making video games and doing so much wiring that my poor little fingers are raw when I go home at night. Maybe I need somebody to rub some lotion into them…any takers?

LOL I’m sure I’ll find somebody pretty fantastic tomorrow at Mrs. Claus’s party. I swear that’s the best part of December. Last year I don’t even remember half the day, I drink so much butterscotch. Butterscotch is really awesome. It’s the sweet, candy-flavored whiskey we brew up here in the North Pole. It’s similar to the candies humans eat, but it has a powerful kick. I plan on having a pint or three of it on Christmas Eve.

With only a couple days left of December, us elves will be out of the spotlight soon. I know that while we think about Christmas every day of the year, humans only think about it this time of year. Maybe I can talk Jorge into having a monthly post on Deanna’s blog to remind everyone how hard we are working all year.

If you would like a more in-depth view of what’s happening at the North Pole you can check out the latest installment of her book, FUN & GAMES WITH RUDOLPH. I brought along an excerpt—but of course, I’m not in it. I do find it funny how some elves get not only books, but multiple postings while others, like me, are lucky enough to be mentioned. I don’t want to talk about anybody getting special treatment—especially an elf who invents a hook-up app masquerading as a dating app….errr, did someone say Pip?

While Elf4Elf has been a lot of fun, all of us in the NP know that it’s just a hook up app and nothing special. I don’t know when I’m going to get my own THE NAUGHTY NORTH POLE story. Maybe next year.

If you would like to enter to win the first three NAUGHTY NORTH POLE books and a $20 Amazon gift card in the entry box below, go for it. Best of luck!

Well, that’s all I have to report. I am honored that cutie Jorge invited me to blog on his Countdown to Christmas tour. If you are enjoying his blog series, catch a list of all the dates HERE. This Wednesday there will be a new post with Pip at annebarwell.wordpress.com. Not really sure if I will be checking in on that day or not. After all it is Christmas Eve and as I said, I plan to be very busy! 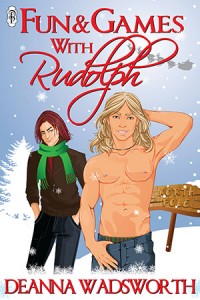